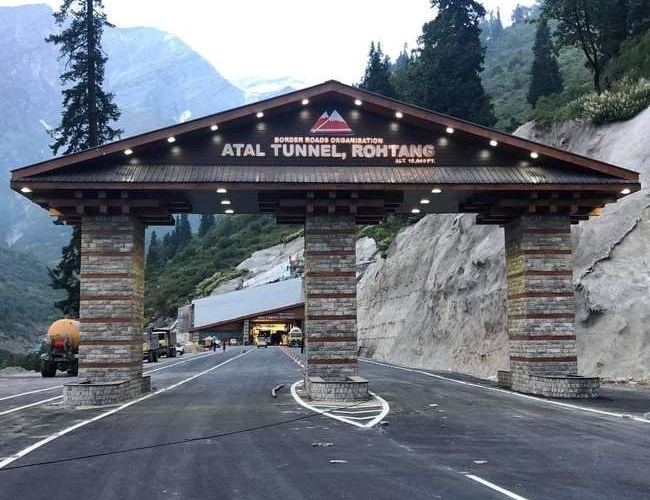 Prime Minister Narendra Modi inaugurated Atal Tunnel at Rohtang in Himachal Pradesh. The 9.02 km long tunnel passes through the Rohtang pass and is the longest highway tunnel in the world, connecting Manali to Lahaul-Spiti valley throughout the year.

Earlier, the valley was cut off for about six months each year owing to heavy snowfall. The tunnel reduces the road distance by 46 kilometres between Manali and Leh and the time by about four to five hours.

The tunnel built with ultra-modern specifications, is located in the Pir Panjal range of Himalayas at an altitude of 3,000 metres (10,000 feet) from the Mean Sea Level (MSL).