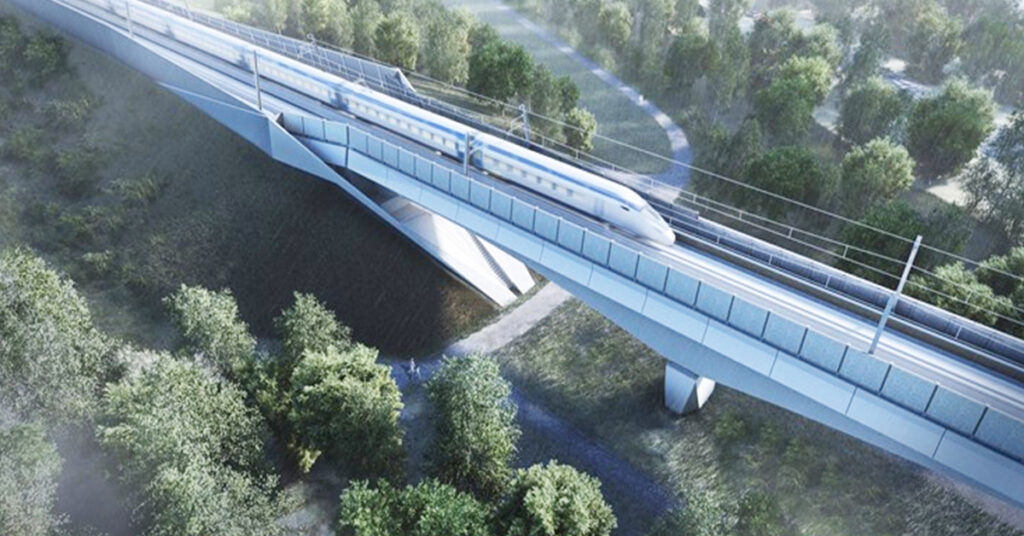 The first of almost 300 piles have been sunk for the foundations of the viaduct by the expert crew of ground engineers. This will carry the new high-speed rail line, along with trains travelling as fast as 200 mph, across lakes and waterways on the outskirts of northwest London.

Going through the Colne Valley just 10 m above the surface of River Colne, Grand Union Canal and the lakes, the Colne Valley Viaduct will be 3.4 km long – almost 1 km longer than the Forth Rail Bridge.

The viaduct will be propped up by 56 piers, with the narrower spans for approaches and wider spans for where it crosses the lakes to minimise the viaduct’s impact on the environment. Its main deck will be modularly built at a nearby temporary factory and later assembled.