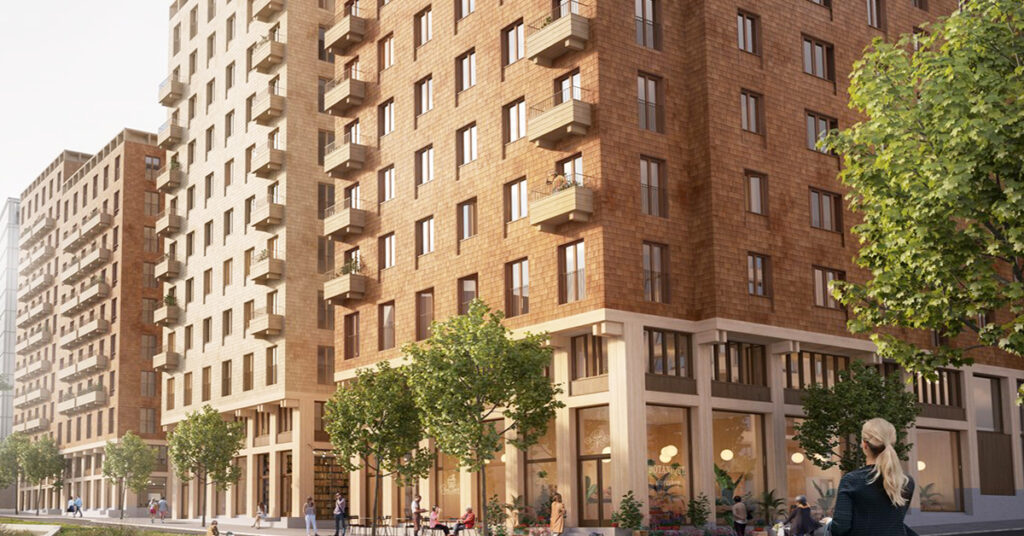 Veidekke has announced its plans to commence construction of a new residential project in Cederhusen, which is claimed to be Stockholm’s first massive wood residential area.

It is the last of a two-part design-and-build contract for Folkhem and carries a contract value of approximately $12.9m.

The building will have ten storeys above-ground, out of which the top eight will be constructed from massive wood, while two at the bottom will be built with concrete and feature cedar siding.

Wooden buildings weigh less and are claimed to bind CO2, make less noise during construction and are quieter to live in.

The project is expected to be ready for occupancy from autumn of next year.