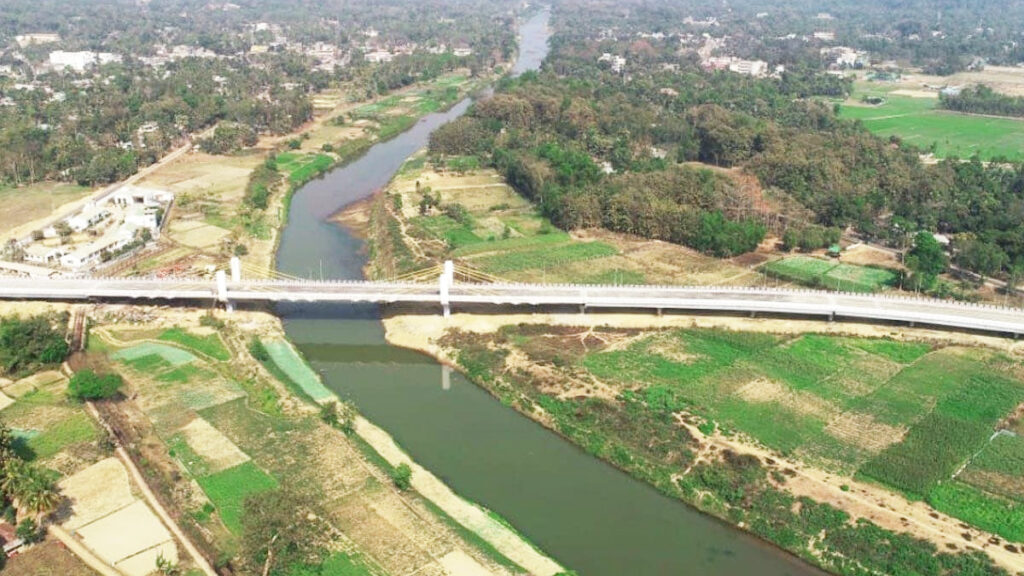 PM Narendra Modi inaugurated 1.9 Km long ‘Maitri Setu’ bridge between India and Bangladesh which has been developed over the river Feni. He also laid the foundation stone of various infrastructure projects in Tripura as well.

According to the PMO, the name ‘Maitri Setu’ symbolizes growing bilateral relations as well as friendly ties between the two nations. The construction work of the bridge was taken up by the National Highways and Infrastructure Development Corporation Limited at a cost of `133 crores.

According to the PMO, the bridge brings a new chapter in trade and movement of people between the two countries. With this project launch, the state of Tripura will become the ‘Gateway of North East’. Also, PM Modi will lay the foundation stone for an Integrated Check Post at Sabroom, which is expected to ease the movement of goods and passengers and provide new market opportunities for North East states’ between India and Bangladesh. The Land Ports Authority of India has taken up the project at around `232 crores.