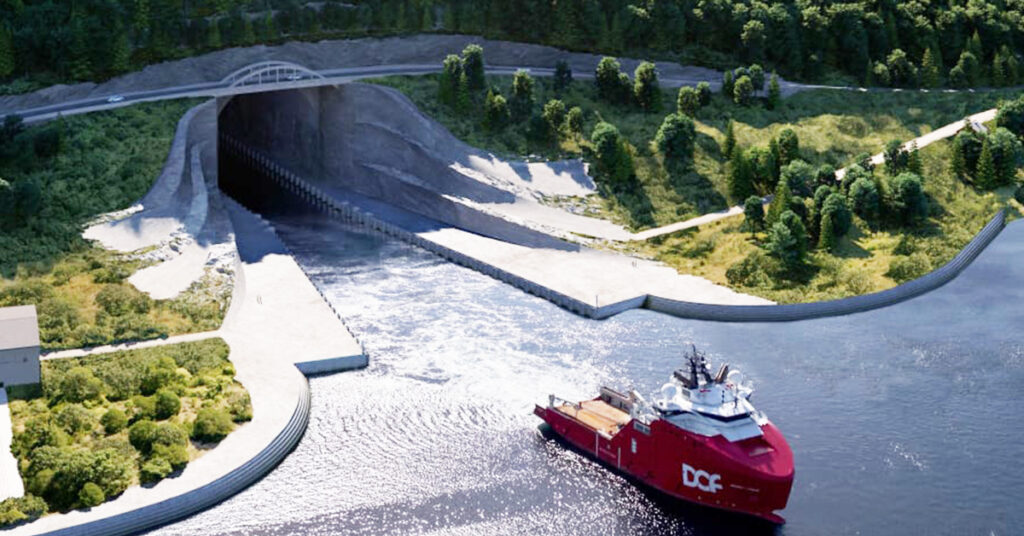 The Norwegian government has given the green light for the construction of the world’s first ship tunnel.

The Stad Ship Tunnel at the western tip of Norway, is set to give safe haven to ships navigating the most exposed stretch of sea on the country’s coast.

Government has provisionally allocated NOK2.7 billion (€265 million) to the project. The proposed tunnel will be 1.7km long, 37m high and 26.5m wide – large enough to be safely navigated by ships the size of a coastal steamer. The cross-sectional area of the tunnel will be 1,661 m2, and the total volume of rock expected to be removed is approximately 3 million m3 – equivalent to some 8 million tonnes of blasted rock.

Construction of the tunnel is likely to be undertaken using conventional blasting methods, utilising underground drilling rigs and pallet rigs.

The construction is expected to be complete within four years of breaking ground.