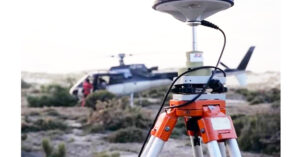 Based on the findings of the survey, designing of the vertical and horizontal alignment, structures, location of the stations and depots, land requirement for the corridor, identification of project affected plots/structures, right of way, etc. were decided.

The aerial LiDAR survey technique, for the first time for any railway project in India, was adopted for the Mumbai-Ahmedabad High Speed Rail Corridor primarily because of its high accuracy.

NHSRCL has been entrusted with the work for preparing DPR for the project by the Ministry of Railways. The tentative length of the corridor is about 800 km; the alignment and stations will be decided in consultation with the government.