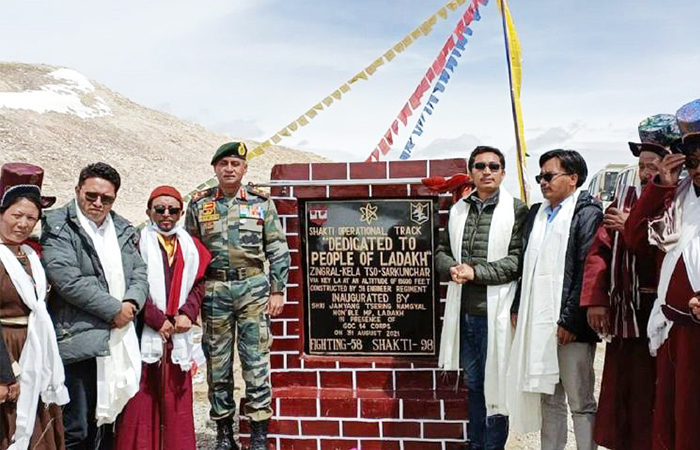 A strategically important road connecting Leh to the Pangong Lake, was inaugurated In Ladakh by MP Jamyang Tsering Namgyal, who said that the stretch passing through the Kela Pass at 18,600 ft will be world’s highest motorable way. “The road, constructed by the 58 Engineer Regiment of the Indian Army, will reduce 41 km of travel from Leh (Zingral to Tangtse) to the picturesque Pangong Lake crossing the Kela Pass”, the Lok Sabha member said.