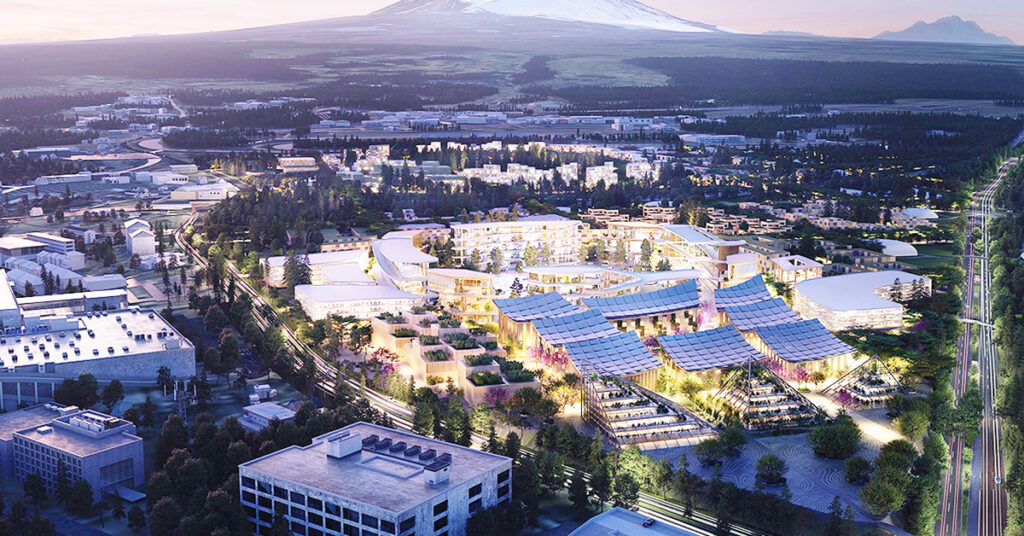 The start of construction works on its futuristic Woven City project was marked by Toyota Motor Corporation with a ground breaking ceremony, just one year after the project was first announced.

Designed as a prototype for a fully connected environment, the experimental city is being built next to Toyota’s Higashi-Fuji production site at the foot of Mount Fuji in Japan.

Woven City will become a working community that will “bring new technology to life in a real-world environment across a wide range of areas”, including automated driving, personal mobility, robotics and artificial intelligence.

“The unwavering themes of the Woven City are ‘human-centred,”a ‘living laboratory’ and ‘ever-evolving.” said Akio Toyoda, President of Toyota.