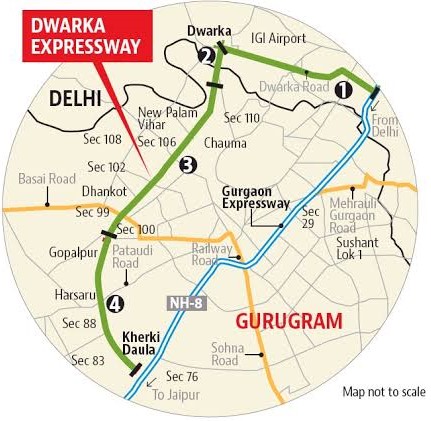 The expressway’s total length is 29 km out of which 18.9 km length falls in the state of Haryana while the remaining 10.1 km length is in the national capital.

Once complete, the project will be an engineering marvel of the country as it has several unique features. The Dwarka Expressway will have India’s longest i.e. 3.6 km as well as the widest i.e. eight lane Urban Road Tunnel. Also, the project’s road network will consist of four levels, i.e., at-grade road, tunnel/underpass, elevated flyover as well as flyover above flyover.

After reviewing the progress work on the expressway, which links Delhi and Gurugram, the minister said that the Dwarka Expressway will immensely help reducing air pollution in Delhi-NCR. Also, it is the first instance of a project where the plantation of around 12,000 trees has been undertaken. The project is also likely to offer nearly 50 thousand direct or indirect job opportunities.