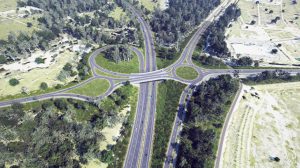 Construction of Western Australia’s largest-ever regional infrastructure project is set to begin next year, following the selection of the preferred proponent.

The Bunbury Outer Ring Road will be designed and built by the Southwest Connex consortium, which comprises Acciona, local company NRW Contracting, Maca Civil, Aecom and Aurecon. The team will now enter into negotiations with Main Roads Western Australia prior to the contract award, which is likely to take place in September.

Construction of the AU$852m (£465m) project is due to begin early next year – subject to environmental and heritage approvals – and is expected to create thousands of local jobs.

Western Australia (WA) transport minister Rita Saffioti said that it is the biggest infrastructure project ever undertaken in regional WA.