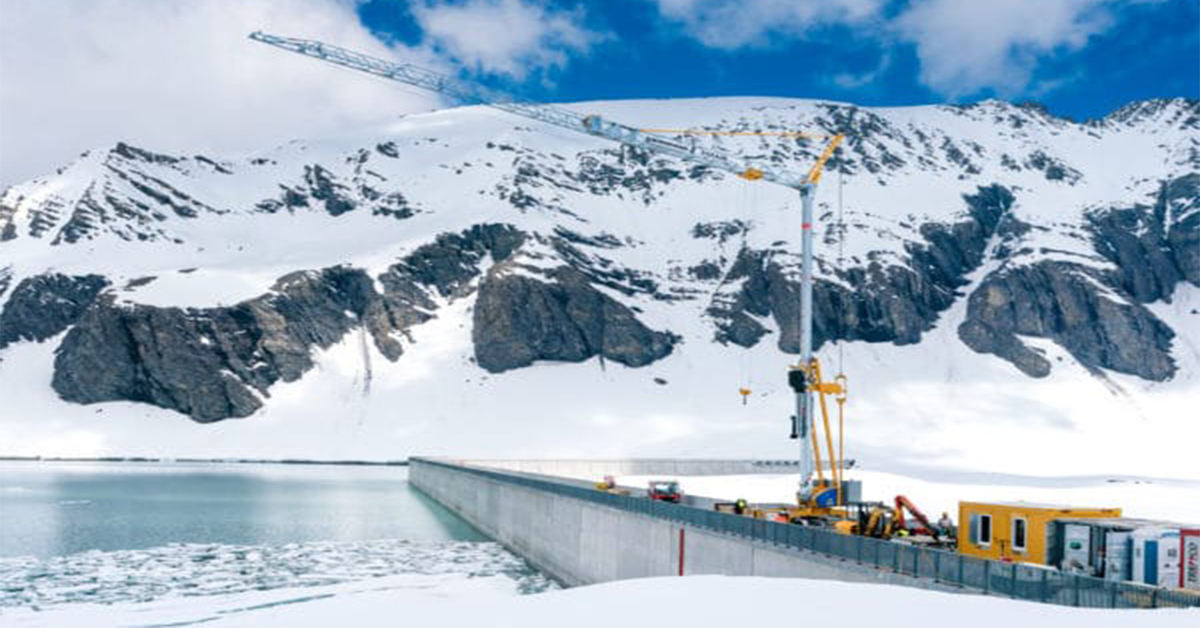 Switzerland-based energy company Axpo and power provider IWB announced that construction began on the 2.2MW vertical PV system they have planned for the Muttsee dam in the Swiss Alps, at an altitude of almost 2,500m above sea level. Construction is expected to be finalized within four months. The energy company expects the plan to deliver around 3.3 million kWh of solar power per year. A total of around 6,000 solar modules will be installed on an area of ​​10,000 square meters.

“For this purpose, optimal flight times and arrival and departure corridors were established with the local municipality in order to minimize the impact on the environment and the local population,” it said in a statement. “The CO2 footprint resulting from the use of the helicopter will be compensated within a few months, by the plant operation.