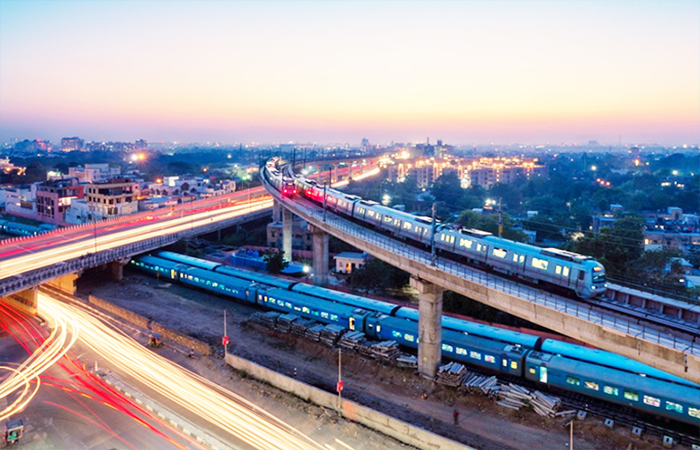 Modi said that the investment would boost the productivity of industries and the economy and create job opportunities for, “hundreds of thousands” of people.  He added that it would help make, “local manufacturers globally competitive,” and “Reduce the travel time for the common man and the productivity of our industry will also increase.”

The Indian government has been investing heavily in infrastructure in recent years – in July a new report, Construction in India, by India Infrastructure Research, estimated a pipeline of around US$1.5 trillion would be spent by 2024 on infrastructure. Over 70% of this was for four infrastructure sectors: energy (24%), roads (19%), urban infrastructure (16%) and railways (13%).

India’s economy contracted by 7.3% in its last fiscal year as the country suffered badly due to the Covid-19 pandemic. Infrastructure investment is seen as a way of stimulating the economy.

In his speech Modi also pledged to make India energy independent by 2047as `12 trillion are spent on energy imports every year The plan is aimed at easier interconnectivity between road, rail, air and waterways to reduce travel time and improve industrial productivity.