Bharatmala Pariyojana, managed by Road Transport and Highways Ministry of the Country (MORTH), is a new umbrella program for the highways sector that focuses on optimising freight and passenger movement efficiency across the country by bridging critical infrastructure gaps through effective interventions. These include the development of Economic Corridors, Inter Corridors and Feeder Routes, National Corridor Efficiency Improvement, Border and International connectivity roads, Coastal and Port connectivity roads, and Green-field expressways.

Since the commencement of the project in December 2018, Mapei has been an integral part of the Bharatmala project. It has been responsible for supplying products like Concrete Admixtures, Curing compounds, fibres, etc. With the “Make in India” scheme, Mapei India manufactures and provides the products in India from the two plants located in Bangalore and Vadodara. Mapei products are also used worldwide for all infrastructure projects.

Some of the products supplied for the Bharatmala Project are discussed here: 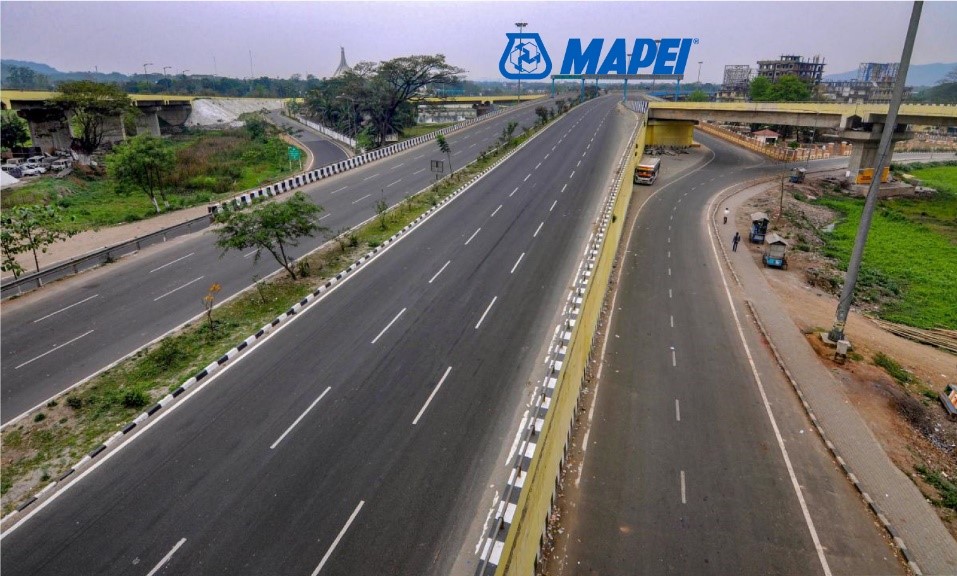 Dynamon SX is a high performance, water-reducing admixture for concrete. It is based on polycarboxylate. Dynamon SX can be used when concrete requires a high level of workability and excellent mechanical properties when hardened. Dynamon SX has been designed for use in ready-mix and precast or pre-stress applications and where there is a need for greater water reduction and high mechanical strength. Its performance makes it particularly suitable for manufacturing self-consolidating concrete (SCC). Dynamon SX ensures high workability and cohesiveness in all concrete. 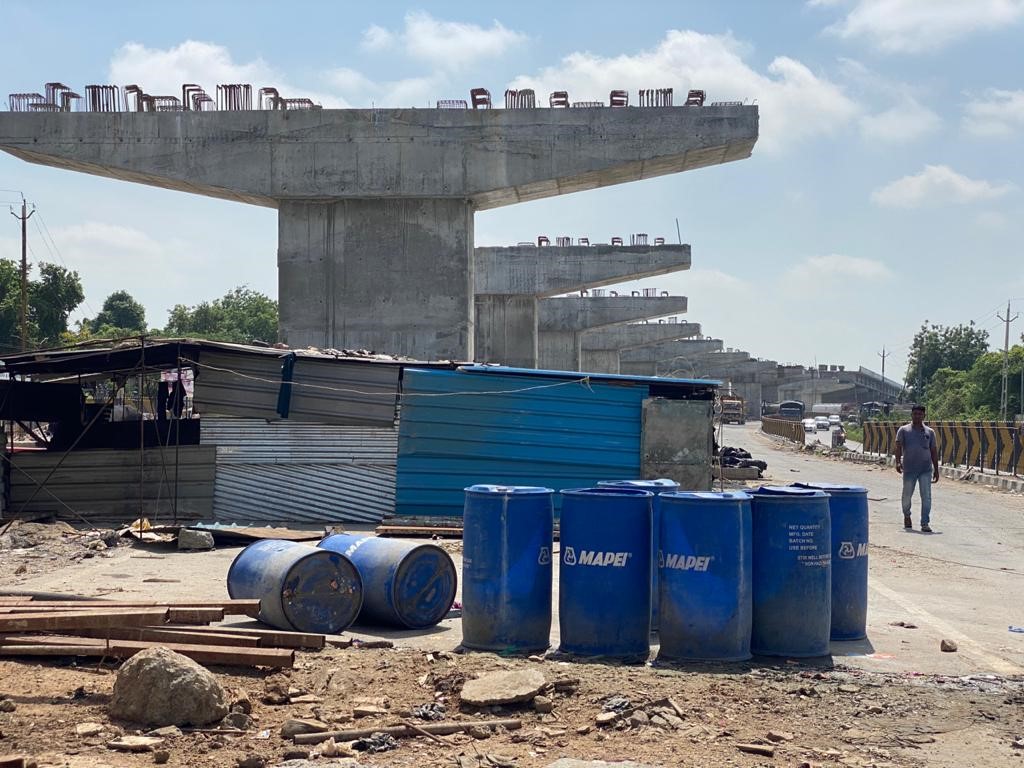 Polysulphide adhesives and sealants are often used in construction to seal off joints and channels. Polysulphide sealant provides a waterproof seal, minimising the risk of water leaking into an area and causing damage or erosion.

In case of roads or bridges exposed to extreme weather, the concrete itself must be protected against the damage from all the possibilities of water at the joints openings. The solid material must be prevented from falling and collecting in the open joints; otherwise, the joints won’t contract freely later. If this occurs, then high stress may be generated and can damage the concrete structure.

In highways, the joints are needed to be strengthened and sealed to prevent damage from heavy traffic. Hence, a sealant’s function is to restrict the entry of water, solids and gases, and protect the concrete structure from them.

The range of Polysulphide and Polyurethane sealants that can be used in Roads and Bridges are:

Macrofibres: Macro synthetic fibres are typically used in structural concrete to replace a nominal bar or fabric reinforcement. It can provide the concrete with significant post-cracking capacity. It hence can be used in some designs based on plastic analysis, such as for ground-supported slabs and rock support using sprayed concrete.

Mapei solutions for the highway maintenance sector allow repair work to be carried out using products characterised by high mechanical performance characteristics, which remain durable over the years, including when subjected to heavy stresses. The systems proposed by Mapei meet the requirements of the market, which is becoming increasingly oriented towards the use of new technology and applications and the specific needs of contractors.

Planiseal Traffic coat EU: Solvent-free, rapid-hardening, the epoxy resin-based system used combined with Bauxite White 1-3 selected, aluminium silicate-based aggregates with high abrasion resistance. This system is of great advantage when used to form non-slip concrete surfaces on roads and motorways, including those exposed to intense vehicle traffic, loading and unloading bays, carparks, and floors in industrial environments. This system also increases the service life of treated surfaces and protects them from freeze or thaw cycles and the presence of de-icing salts.

Mapei is being part of many tunnel projects, including the recently inaugurated Atal Tunnel, and has contributed various products for the same.