As unique as it looks, the Veluwemeer Aqueduct is the world’s shortest and most interesting aqueducts in the world. A stunning water bridge and a creative solution to the Veluwemeer lake crossing, the navigable aqueduct crosses N302 road, near Harderwijk, in the east of Holland, Netherlands. The aqueduct was named after the lake it serves, while the lake was named after the Veluwe region of Gelderland, which is due south of the lake.

The road, a scenic beauty and stunning work of engineering, connects mainland Netherlands to Flevoland — the largest artificial island in the world. Flevoland was constructed from reclaimed land in the region and is surrounded by three man-made lakes. This island is actually made up of two drained sections, Flevopolder and Noordoostpolder, which come together to make up the 374.5 square miles (970 square kilometers) province of Flevoland.

What makes this 25-meter long aqueduct stand out is the fact that people normally think of bridges as roads that cross over water but this one is the exact inverse. Veluwemeer aqueduct is a bridge for the passing ships while those driving in cars go through a tunnel underneath the bridge. In other words, it is an underwater tunnel where the ships sail on the top and the cars travel below it.

Design And Working
Dutch civil engineers and architects put in their creativity and came up with the brilliant idea of the aqueduct. In order to avoid spillage of water onto the road, aqueduct Veluwemeer uses 22,000 cubic meters of concrete to support the weight of the water above the roadway. It also uses steel sheet piling to prevent sediment from bleeding onto the highway. The bridge deck is made of prestressed concrete which allows the concrete beams to hold high loads of not only compression but also tension. 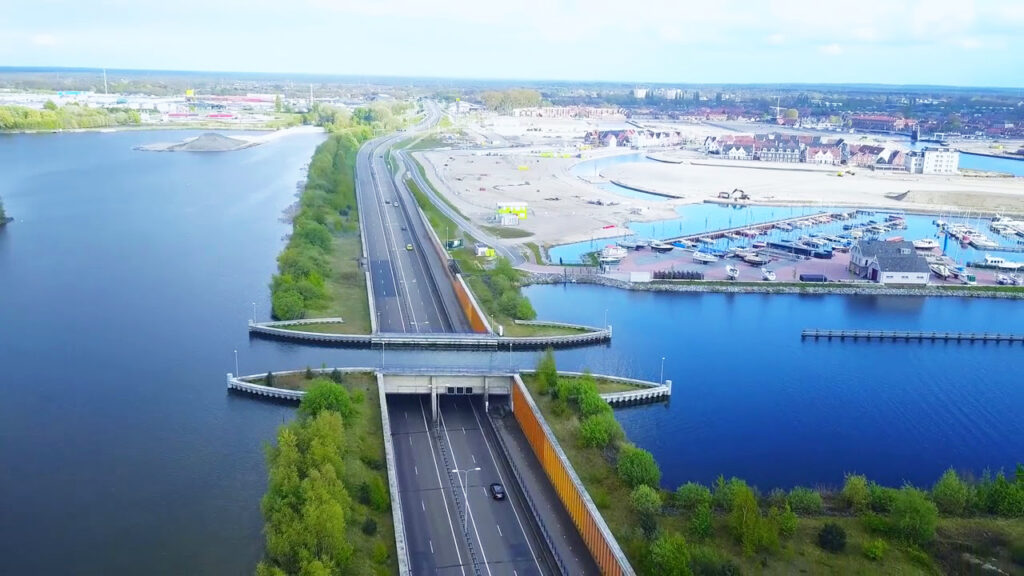 The aqueduct is 25 meters long and 19 meters wide with a water depth of 3 meters allowing small boats and other shallow-draft water vehicles to pass through, effortlessly. Along with the boats passage over the road, pedestrian walkways can be found on both sides, granting access for foot traffic to cross. The road itself also includes designated cycle lanes.

Unlike drawbridges or other roadway structures, the water bridge design allows for constant traffic flow both on the road and over the aqueduct. An average of around 28,000 – 34,000 vehicles pass each day underneath the aqueduct. 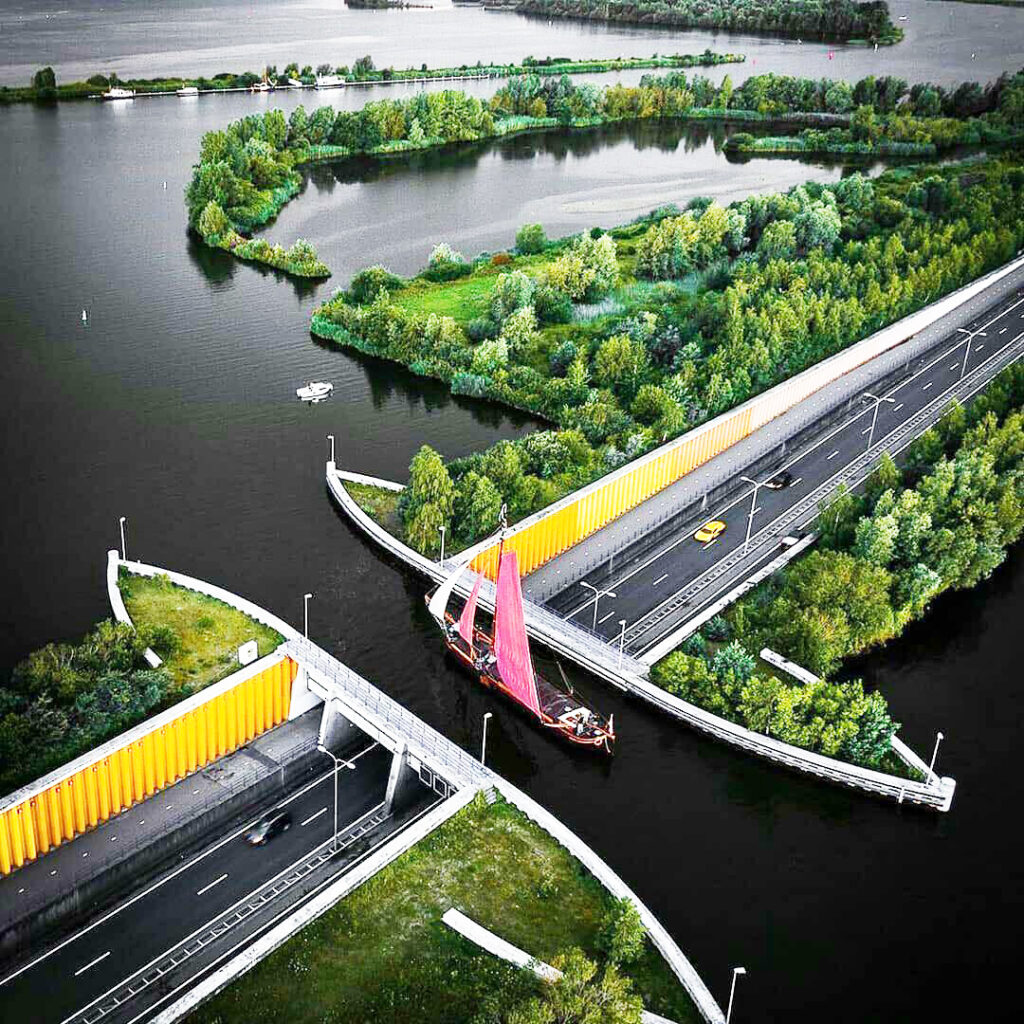 During the design process engineers considered building an underwater tunnel or a high bridge but for this specific case these types of design ideas were proving to be too expensive and/or too obstructive to the landscape. Also, the construction time would have been longer than the water bridge. The construction started in 1998 and took 4 years to finish. The bridge costs 53M Euros or 61M USD.

The lake system was originally constructed to help regulate water levels and the groundwater table in the surrounding areas. Now established, the lakes are also important nature reserves (especially for water birds) and recreational areas for local residents.