UP Has Become A State Of Expressways

The MT 3000-3i Standard and MT 3000-3i Offset Power Feeders from world market leader VÖGELE guarantee constant, smooth transfer of material and now give paving teams numerous practical new features. They are integrated with the latest Dash-3 machine concept and an optimized material handling and maintenance system.

The development of any state can be judged through its infrastructure. Better the infrastructure, more the possibility of investment, resulting in creation of employment at large scale across the state. The present Yogi Adityanath led state government has emphasized on developing a huge network of expressways to cater better connectivity and provide quality road network to the people of Uttar Pradesh.

The state government has successfully created amicable environment for investors, which was never witnessed earlier. They are working continuously in smoothing the traffic flow by developing expressways with world class amenities. 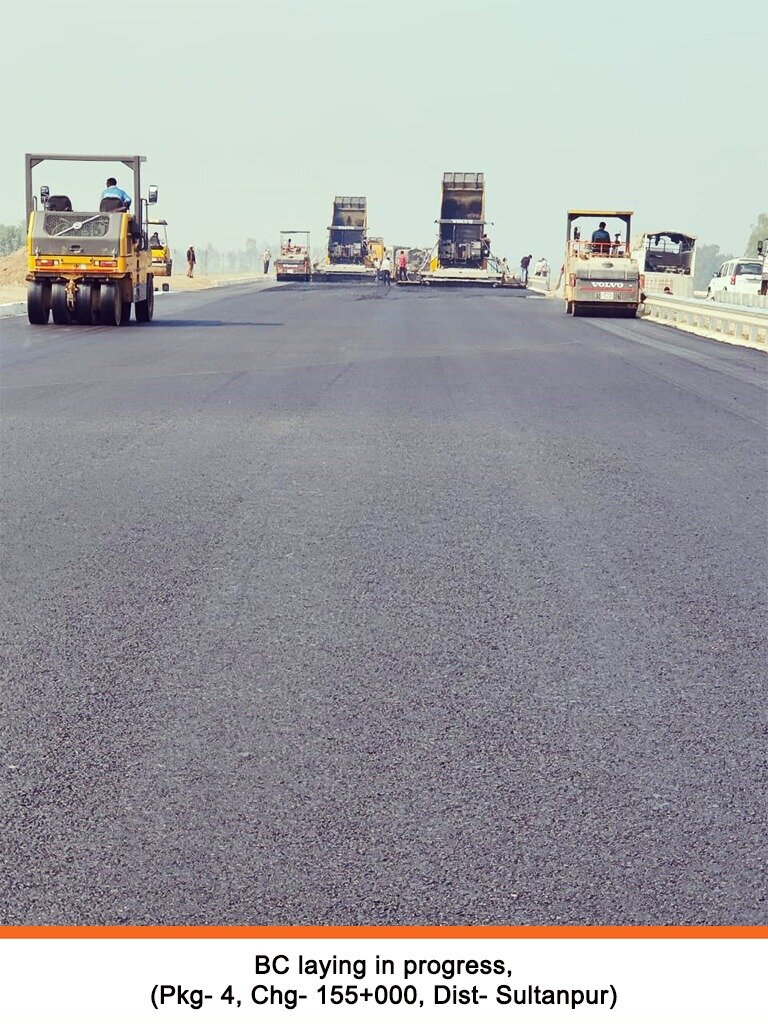 The Yogi Adityanath led state government took the reign of development of state in March, 2017. Afterwards, the state witnessed a massive development in terms of infrastructure. Earlier, there were only two expressways across the state, but Yogi Adityanath government’s vision to upgrade the infrastructure of the state is visible after the successful implementation of developmental projects in these four years. When Prime Minister Narendra Modi visited Varanasi to inaugurate the cultural event on the occasion of Dev Deepawali, he praised the efforts of Chief Minister Yogi Adityanath and termed Uttar Pradesh as ‘Express State’.

The visionary chief minister Yogi Adityanath has announced about the development of Ganga Expressway in grand Kumbh 2019. Now, the process of land acquisition for the same is going to start soon from Meerut to Prayagraj. The cabinet has given its nod for the same and the authorities have started the initial process of land acquisition for the same. This will smoothen the traffic between Meerut to Prayagraj via Varanasi. The foundation laying ceremony for Ganga Expressway is scheduled in the month of June in year 2021. The construction work of Ganga Expressway will create a huge employment opportunities across the state.

It must be noted that Uttar Pradesh has gained the top most position in developing Expressways at pan India level and in creation of employment. The state government has initiated the process of land acquisition in six districts, i.e., Chitrakoot, Jhansi, Kanpur, Lucknow, Agra and Aligarh for Defence Industrial Corridor. UPEIDA has signed 45 MoUs, which will attract huge investment resulting in creation of employment opportunities at large scale across the state.

Uttar Pradesh is heading towards being self-reliant in Defence sector by attracting huge investments through Defence Industrial corridor in 2021. The Aligarh node of Defence Industrial Corridor is already acquired by investors and 23 MoUs have been signed regarding same. UPEIDA has allotted land to 14 companies and they are about to initiate work in a short span of time. Moreover, Kanpur node has also attracted the huge investment as investors have shown their interest in establishing their units at the said node. Huge investment in Defence sector will increase the possibility of creation of job opportunities across the state.

It can be said that Construction of Expressways in Uttar Pradesh has seen a phenomenal progress ever since the present Government has taken the reins of State in year 2017. What started as a trickle in the shape of Agra-Lucknow Expressway, has now expanded multi fold with Purvanchal Expressway nearing completion, Bundelkhand Expressway and Gorakhpur Link Expressway progressing at an envious pace, Ganga Expressway at Land acquisition stage and Balia Link Expressway on detailed project report stage. All these expressways are crisscrossing the state from North to South and East to West promising to provide unhindered and fast Traffic movement to a majority of districts in the state. Researches have proved that 1% growth in infrastructure, leads to an equivalent growth of 1% in the GDP. With this in mind, Government of Uttar Pradesh aims to have Built Expressways totalling approx. 940 km by 2021 end with another 700 km in coming years will tremendously boost the GDP of the State. No wonder that Prime Minister Modi termed Uttar Pradesh as Express Pradesh.