For more than 250 years the forces of the Niagara River have been harnessed. In the beginning of the 20th century, Sir Adam Beck had the vision to make use of the maximum drop height and therefore a 20km long hydro canal was built. It abstracts water upstream of the falls and ends below the rapids of the Niagara River. The Sir Adam Beck Generating Station #1 with a drop height of 89 m was commissioned in 1922. It was further expanded in the 1950s. Two tunnels have been supplying water to the Sir Adam Beck Generating Station #2 since 1954.

Significant expansions have been implemented from 2006 till 2013 in form of the Niagara Tunnel Facility Project. The tunnel begins above the falls, passes beneath the city of Niagara and ends after 10.6km at the Sir Adam Beck Complex.

Geological conditions were challenging from the start. The tunnel boring machine had to drill through the Queenston Formation, which consists of different layers of sandstone and shales. The Queenston shale which expands when continuously soaked with water is especially critical. As a result, this could cause displacements of geological formations which could ultimately lift the ground above the tunnel and/or induce earthquakes. Consequently, an absolutely leak-tight sealing system for the tunnel was required. 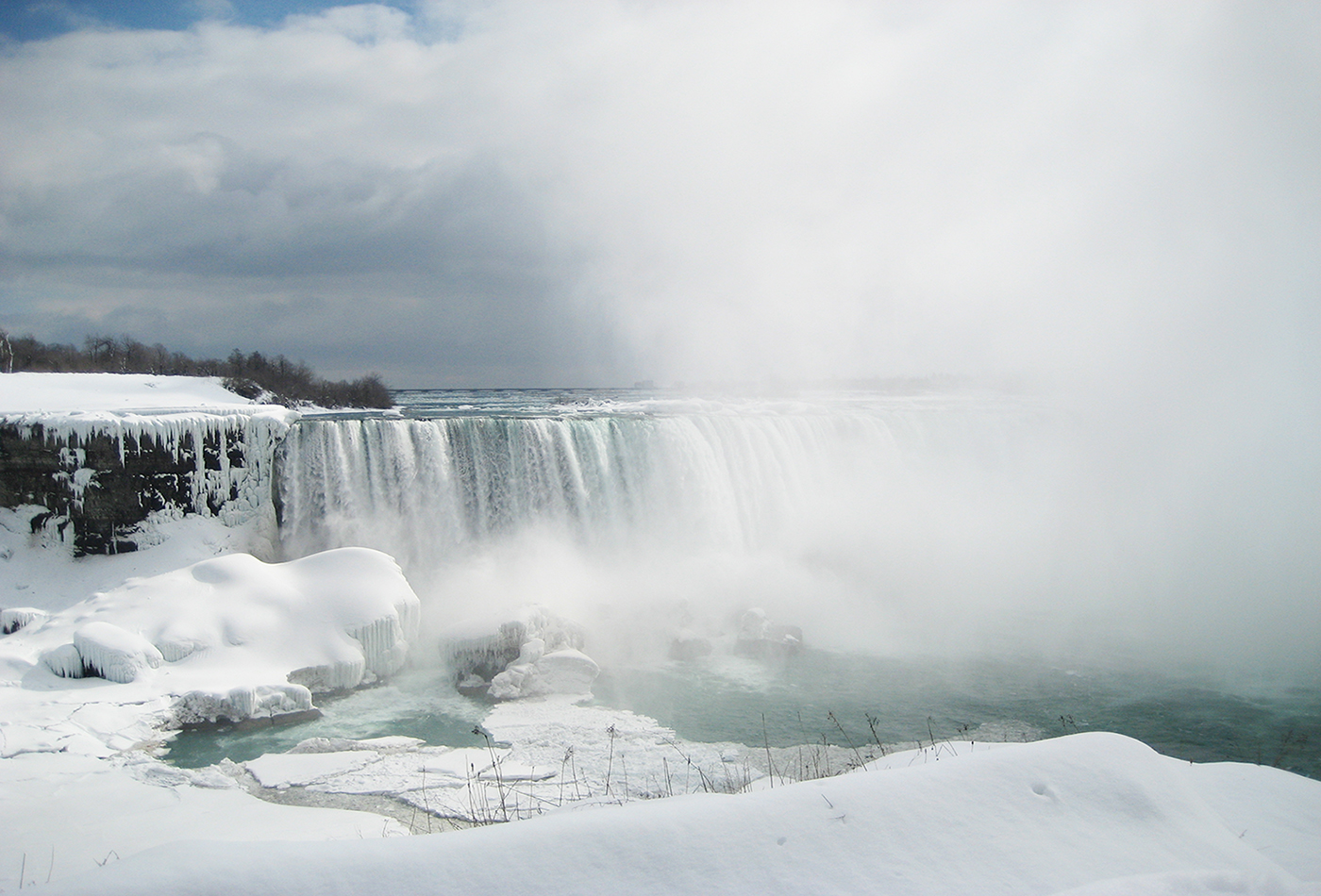 The application of polymeric geomembranes in tunnel sealing has been state of the art for many years. Especially critical is the vulnerability of the tunnel liner during the installation and construction process, where damages occur regularly. Such damages are very difficult to recognize and are therefore frequently only found when leaks occur after everything is finished. In this case repair is only possible using complex injection and backfilling procedures. These operations are expensive and sometimes not successful. 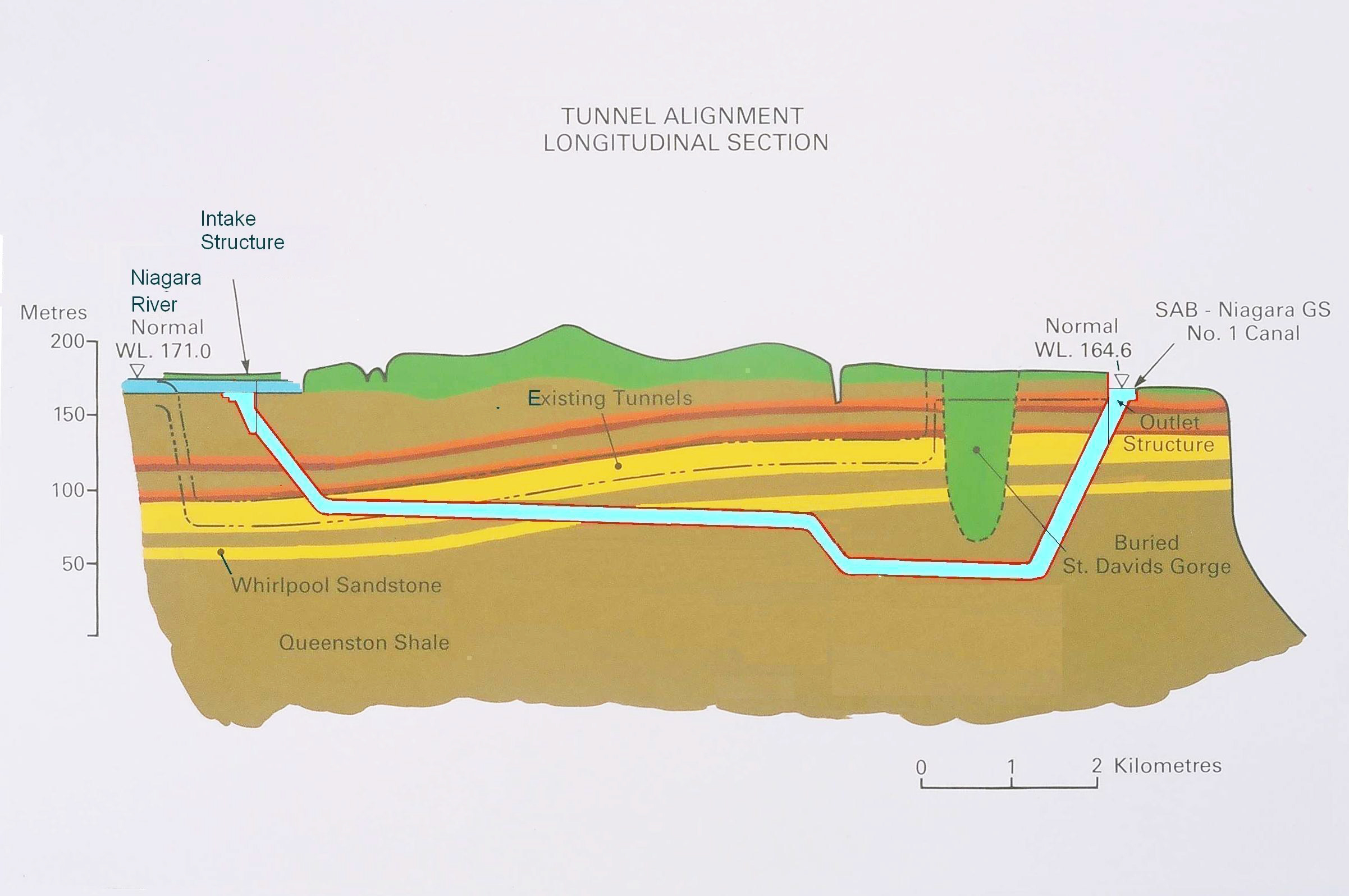 Due to the stringent requirement that water from the tunnel must not come in contact with the Queenston Shale, a reliable system was required to detect any damages of the liner. As a result, a new multi-layer geomembrane, which consists of flexible polyolefin, was developed by AGRU in cooperation with STRABAG and ProGeo.

This new type of tunnel lining system features an inside layer of electro-conductive polyethylene. Moreover, it is laminated with an electro-conductive geotextile. In order to check the integrity of the geomembrane, both layers are connected with a special monitoring device. An automatic procedure continuously increases the voltage to 10.000 Volts, which is only possible if the main body of the tunnel liner is fully intact. In case that the liner is damaged, electricity will flow between the two electro-conductive layers and the voltage will discharge. The 10.000 Volts were chosen under consideration of the electric strength of polyethylene. As a result, this method will not only detect holes but also a significant reduction of the wall thickness.

While currently available electrical methods require a film of water to form an electro-conductive layer, this new and innovative system offers the possibility to inspect the full surface of the tunnel liner in dry conditions. Other methods can only detect damages when water has entered into the defective area.

In case the damages are detected in the tunnel liner there is the possibility to increase the voltage to 14.000 Volts. As a result, continuous sparks will connect the two electro conductive layers in the damaged area. This causes a local increase of the temperature. Afterwards, the exact position of the damage can be located by means of an infrared camera. 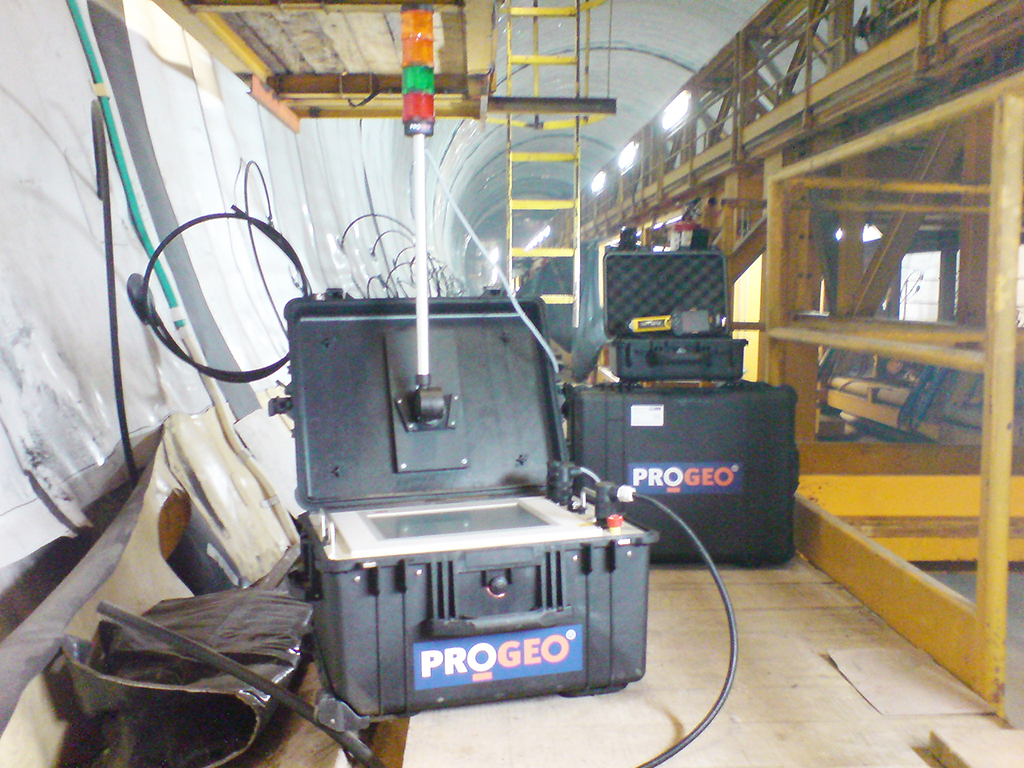 With this new development, it is possible to identify even the smallest damages (pinhole size) at an early stage during the installation process of a tunnel lining system. Therefore, repair work is possible before casting the inside concrete structure. 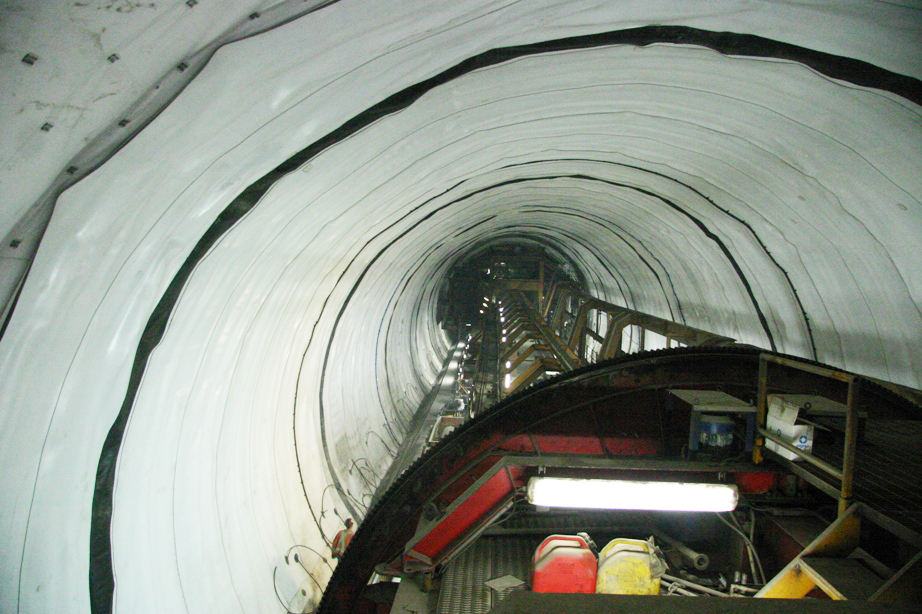 Thanks to the excellent cooperation with STRABAG and ProGeo this system is currently applied successfully in the hydro tunnel at the Niagara Falls. The application of this method is not limited to tunnel, it could also be used in various other applications such as water reservoirs, tanks, flat roofs, etc. for leak detection.