River Hull Footbridge, also known as Scale Lane Bridge is built on River Hull, England is one of a kind, unique bridge which allows people to ‘ride’ on it as it opens. The bridge provides a new passage that connects the main city centre and Old Town Conservation Area to The Deep on the east bank of the River Hull. 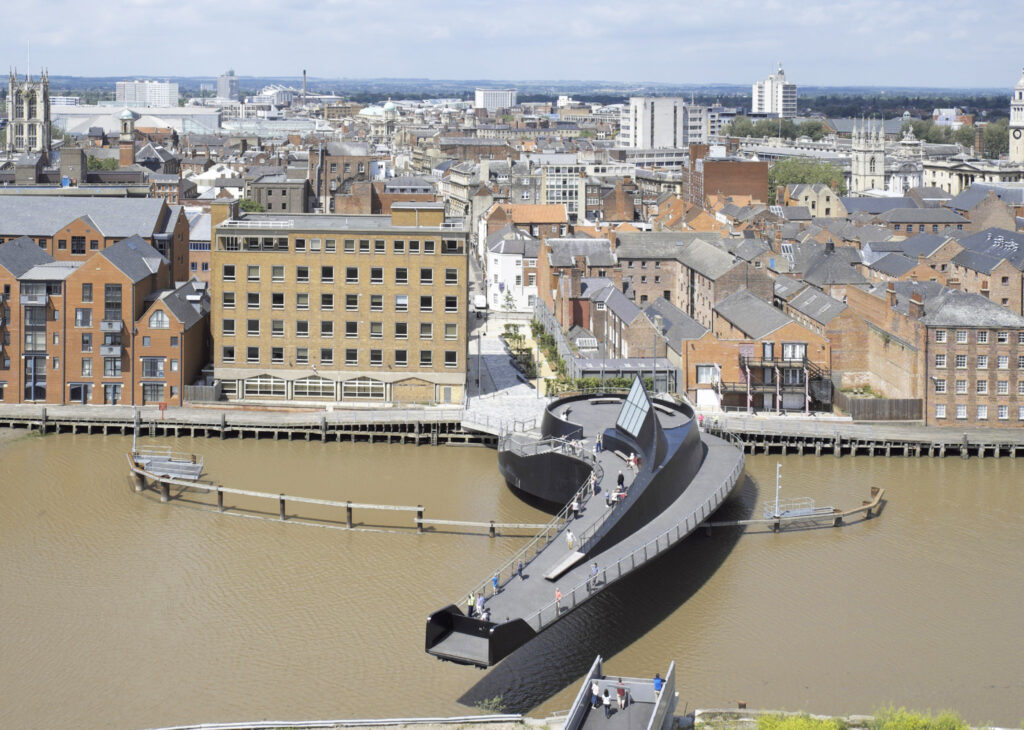 A 2005 International Design Competition resulted in this bridge’s initiation. The idea was to build a bridge that would become a celebrated landmark, increase connectivity across the city, unlock growth potential and increase the use of the river frontage. The idea was also to require navigation permissions continued at all times for small boats and the bridge to be able to open for larger vessels.

The bridge was fabricated in sections at Qualter Hall’s works using temporary support jigs to replicate the finished shape, and trial assembled before transport to site. On-site, the sections were welded together to form the whole bridge structure before being lifted into position in a single operation.

The bridge is operated from a radio pendant. The entire process takes around 2 minutes as the bridge operator closes a gate at the East bank activating the bridge to open. No barriers are present on the West bank letting people get on and off easily during the motion without either disturbing the bridge’s movement or losing their own time. Rotation speed is slow of the bridge – less than 0.15m/sec,) so can be stepped across safely.