Project
The Richland County Engineer’s Office in Mansfield, Ohio, determined its inventory of pavement markings on county roads was out of date. The agency lacked an effective method for tracking which roads had markings, when they were repainted, and what type of material was used for markings. Since updated pavement marking inventories can help government agencies plan striping projects more effectively and save money, county officials reached out to traffic services company MasterMind LLC to inspect and inventory 347.7 miles of roads.

Solution
MasterMind equipped a Fiat 500 with multiple LiDAR units, a spherical camera, and a GPS inertial measurement unit with a distance measuring indicator. The system mapped Richland County roadways at 600,000 points per second and recorded video at an 8k resolution to produce a 360° video of each roadway. The mapping team then imported the data into Orbit applications for processing. By creating asset items such as centerline and auxiliary inventory data within the applications, MasterMind automatically extracted individual items into the inventory. 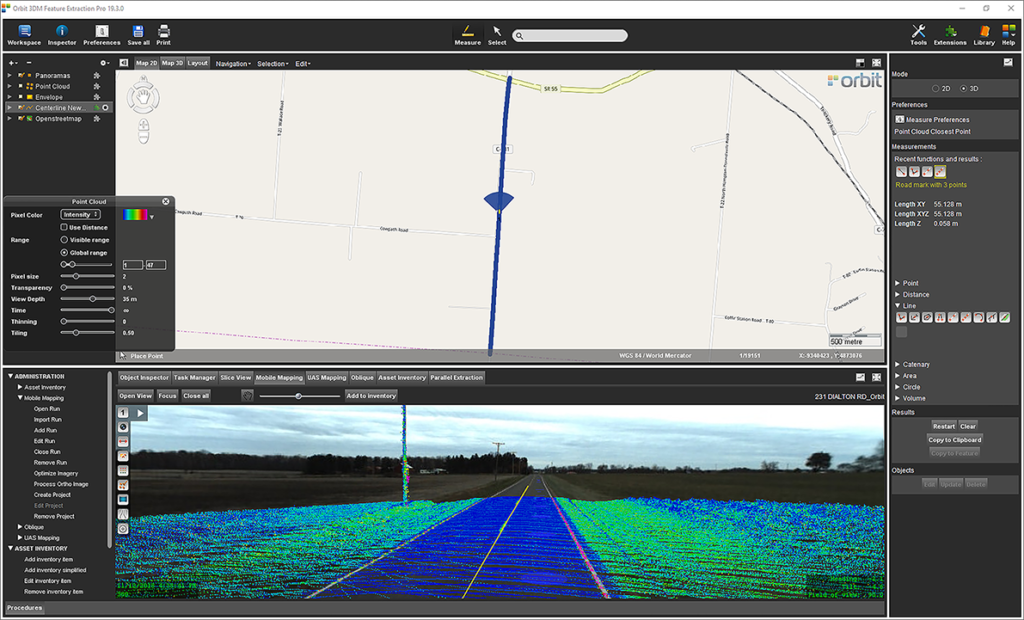 Software
MasterMind imported all captured imagery and point cloud data with Orbit Content Manager. The application helped the team incorporate metadata, remove ghosts and upload the finished material into the cloud. With Orbit Feature Extraction, the mapping team used manual and automatic tools to define assets and detect pavement markings. Orbit applications uploaded mapping data to the cloud, allowing users to access information in the office or at the job site. 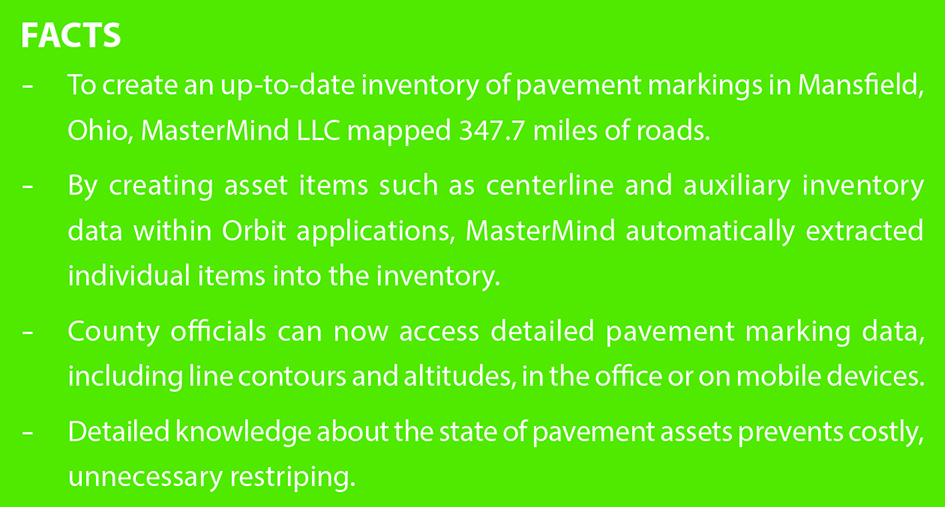 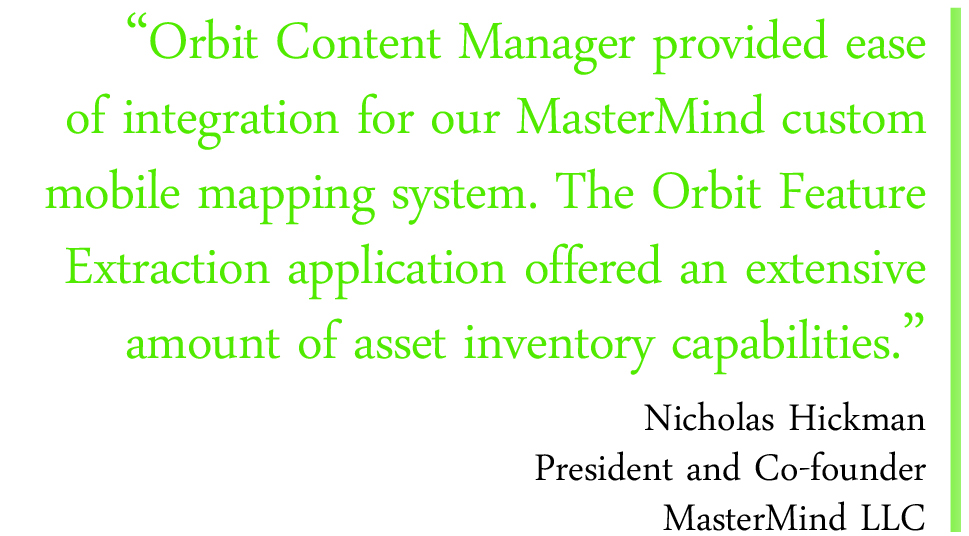