The French company SIBA (Syndicat Intercommunal du Bassin d’Arcachon) is investing more than 15 million euros over two years (2018 and 2019) to build a reservoir of 30,000 m³, which will store wastewater in the Lagrua region of La Teste de Buch. If a problem occurs in the sanitary network, the wastewater can be temporarily stored in this underground reservoir. This leaves enough time for the repair and the continuity of the wastewater collection remains guaranteed. 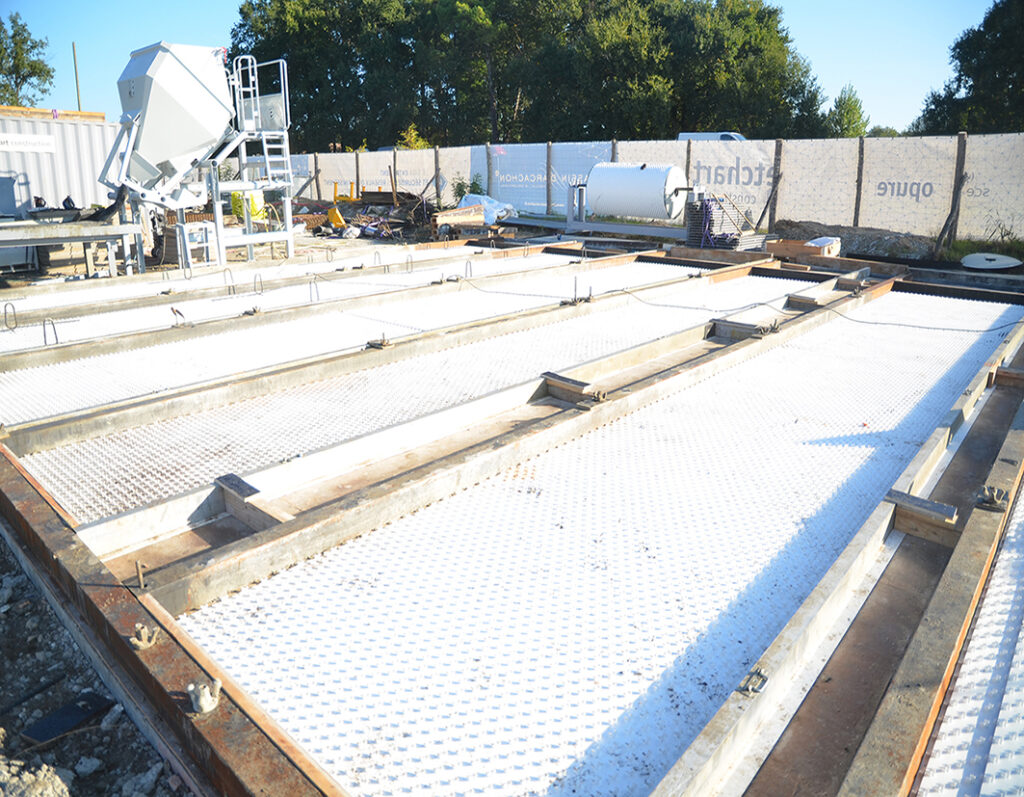 For Walls and Ceilings, the Team Produces Precast Concrete Parts with Co-Extruded Sure Grip Liners The White Anchor Studs Reduce the Expansion of the Concrete Liners before Concreting

After curing, these lined precast concrete elements are attached to the pre-concreted circular wall and also cast with concrete. Due to the prefabricated parts with lap joints, the number of necessary weld beads is reduced to a minimum. In both tanks an additional 67 or 33 AGRULINE HDPE pipes in OD 500mm are delivered as “lost” column formwork with simultaneous concrete protection function. The pipes serve as a casting mould for the in-situ concrete, but remain permanently in the tank even after the concrete has hardened, thus protecting the concrete columns like a second skin against corrosion by the aggressive hydrogen sulfide gas.