Dubai being the most populous city in United Arab Emirates, is famous for its gloriousness but the biggest attraction for the world remains the star of all, the Burj Khalifa. Located in the flourishing downtown Dubai, the needle-shaped super scraper takes the limelight in the famed skyline with millions of people visiting each year to arguably the most architecturally wonderful addresses in the world.

The tallest manmade structure is the ultimate symbol of flamboyance, glamor and the extravaganza for which the city is known.

The Burj Khalifa or Khalifa Tower, known as Burj Dubai prior to its inauguration in 2010, is the world-renowned tallest building in the world. 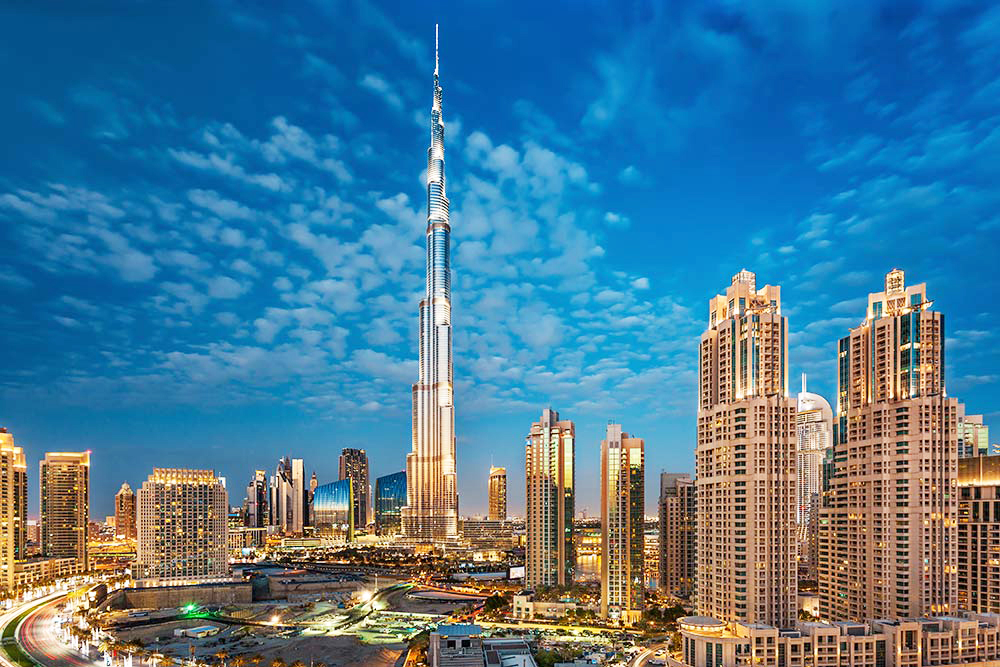 It measures approximately 2,717ft. (828m) tall, includes over 160 storeys and costs US$1.5 billion. It is named in honor of Khalifa bin Zayed Al Nahyan, the president of the United Arab Emirates and ruler of Abu Dhabi to express gratitude for the money donated to complete the building. 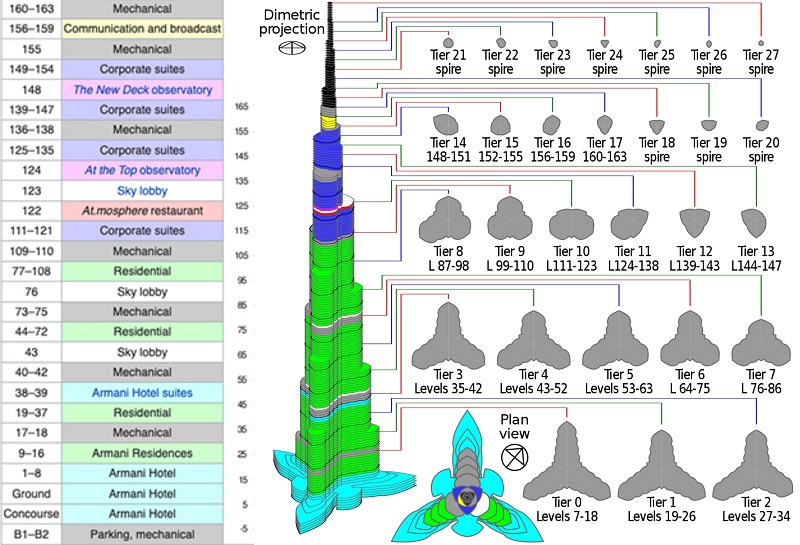 The 124th floor observation deck also includes an electronic telescope, an augmented reality device developed by Gsmprjct° of Montréal, which makes real-time views of surrounding landscape possible for visitors and to view previously saved images such as those taken at different times of day or under different weather conditions.

Burj Khalifa is surrounded by an 11ha (27-acre) park designed by landscape architects SWA Group. Like the tower, the park’s design was also based on the flower, Hymenocallis. At the centre of the park is the water room, which is a series of pools and water jet fountains. Benches and signs integrate images of Burj Khalifa and the Hymenocallis flower. The plants are watered by water collected from the building’s cooling system. The system provides 68,000,000 L (15,000,000 imp gal) annually. WET Enterprises, who also developed the Dubai Fountain, developed the park’s six water features.

The tower accomplished a world record for the highest installation of an aluminium and glass façade with a height of 512m. The total weight of aluminium used on Burj Khalifa is equivalent to that of five A380 aircrafts and the total length of stainless steel bull nose fins is 293 times the height of Eiffel Tower in Paris. In November 2007, the highest reinforced concrete core walls were pumped using 80 MPa concrete from ground level, a vertical height of 601m. The concrete pressure during pumping to this level was nearly 200 bars. The amount of rebar used for the tower is 31,400 metric tons – laid end to end this would extend over a quarter of the way around the world.

Fire safety and speed of evacuation were prime factors in the design of Burj Khalifa. Concrete surrounds all stairwells and the building service and fireman’s elevator will have a capacity of 5,500 kg and will be the world’s tallest service elevator. Since people cannot possibly be expected to walk down 160 floors, there are pressurized, air- conditioned secured areas located approximately every 25 floors.

Over 1,000 pieces of art from prominent Middle Eastern and international artists adorn Burj Khalifa and the surrounding Mohammed Bin Rashid Boulevard. Many of the pieces were specially commissioned by Emaar to be a tribute to the spirit of global harmony. The pieces were selected as a means of linking cultures and communities, symbolic of Burj Khalifa being an international collaboration. The residential lobby of Burj Khalifa displays the work of Jaume Plensa.