A Cost-Effective Methodology For Durable Waterproofing

Of Roof, Toilets And Water Retaining Structures. Using of minerals in form of Nano composite SYLOCON® instead of polymer coating……

The common specification of waterproofing of roof, toilets and water retaining structures is based on polymer-based coatings. Different kinds of polymers are widely used to make the parent slab impermeable. Faraday showed in 1826, that natural rubber was a hydrocarbon of empirical formulae (C5H8) and Williams gave the name isoprene to the volatile liquid obtained by destructive distillation of natural rubber of composition C5H8. Ionomers were first prepared in 1964 by co-polymerization of ethylene with a small amount of an unsaturated carboxylic acid (acrylic or methacrylic acid), using a high-pressure process. After 1980, continuous growth was recorded with the development of several high-performance polymers that could compete with traditional materials such as polyamide 4-6 (1987), sindiotactic PS (1989) metallocene polyolefins, polyphthalamide (1991), and styrene-ethylene co-polymer and sindiotactic PP in 1992. One of the most widely used rubbers is the co-polymer of styrene (S) and butadiene (B), known as SBR. In the 1920s, the ability of emulsion polymerization in the presence of initiators led to polymers with high molecular weight. The first B-S co-polymer, Buna S was obtained during the next decade based on the research done (1929–1930) by Bock and Tschunker. By 1934, a pilot plant was making Buna S, which was produced on a large scale during World War II. Major technical advances (1941–1943) were the introduction of redox initiators, making possible cold polymerization, oil extended co-polymers and modifiers to regulate the molecular weight. Another interesting development in the field of this group of rubbers was the production of block co-polymers in 1965.

But, scientists found different types of degradation of polymers. Degradation is often due to a change in the chemical and/or physical structure of the polymer chain, which in turn leads to a decrease in the molecular weight of the polymer. Such changes occur primarily because of the effect of these factors on the chemical composition. There are several reasons behind the degradation like heat, light or the effect of different chemicals.

In the building industry, polymers are very common for waterproofing toilets, roof and water retaining structures. Scientists have noticed that the polymer coatings, which are covered by a layer of screed concrete or plaster mortar are degraded due to microbial attack. In different case studies, it has been noticed that a certain period after completion of the waterproofing job on the roof, toilets and water retaining structures, water leakage starts. Scientists have found out the root causes. Styrene butadiene copolymer and Poly (Styrene Butadiene styrene)-SBS degradation- A Noocardia species is capable of the degradation of Butadiene through the stereospecific epoxidization of the C=C bond and subsequent oxidation through pyruvate to acetate. Poly (Styrene Butadiene styrene)-SBS- The biocompatibility of ESBS membrane was evaluated with the cell culture of fibroblasts on the membrane. It revealed that the cells not only remained viable but also proliferated on the surface of the various ESBS membranes and the population doubling time for fibroblast culture decreased.

Microorganisms degrading the synthetic polymers PVC, polyurethane, nylon, and acrylics and their mode of action: 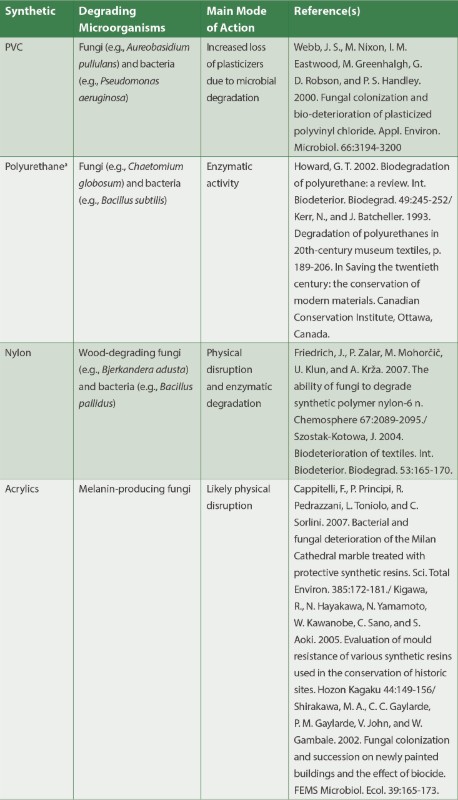 So, it is very clear that under a layer of screed concrete or plaster, where sun rays cannot reach, any polymer membrane is degraded by microorganisms. When the coating comes in contact with moisture, microorganisms grow up and get these organic foods. Polymer coating comes in contact with moisture through cracks, which appears on top cover ( screed concrete or plaster) due to the lack of bond in presence of an impermeable coating between two substrate.

The only method to get rid of this problem is using minerals in form of nano-composite. This is observed that SYLOCON® the nano-composite is the right answer to overcome this challenge. SYLOCON® added concrete mix, which is laid in panels on parent slab with proper slope reduces the heat of hydration of cement. Microfibres, which are well dispersed in SYLOCON® produce a complete net bonding as additional reinforcement. Bonding between parent R.C.C. slab and screed concrete layer is so good that debonding is avoided.

SYLOCON® added mortar is waterproof by nature after hydration is complete. There are no chances of appearing cracks in concrete during evaporation of moisture, due to less heat of hydration. Being used in India since 1993, this composite is never damaged due to any weather condition and provides long-term durability in the waterproofing system.